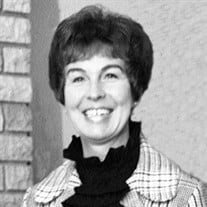 The Celebration of Life memorial service for Arlene Grewe, of Frazee, and formerly of Wadena, will be held at 2:00 p.m. on Wednesday, June 27 at the First Congregational United Church of Christ in Wadena, with Pastor Jim Stoneman presiding. Visitation with the family will be held at the church on Wednesday from 12:30 p.m. until the time of the service. After a valiant struggle with health issues for many years, Arlene, age 85, passed away with her family at her side, on Wednesday, June 13, 2018, at the Frazee Care Center, Frazee, MN. Arlene was the ninth of ten children born to Ludwig and Wilhelmina “Minnie” (Schmidt) Utermarck on April 24, 1933 at the family farm in Otter Tail County, MN. She graduated with the Wadena High School Class of 1951. Over the years she was employed as a telephone operator in Wadena, a teacher’s aid in Wadena and Willmar, as a retail clerk, and Longbridge Lumber Company office assistant while in Washington. Arlene was united in marriage with Richard “Dick” Dale Grewe on February 26, 1955, at the Evangelical & Reformed Church in Wadena. She enjoyed five special ‘loves’ of life. Her dear family, her church, music, nature, and baseball. Arlene spent 40 years following her husband and their sons as they managed and played amateur baseball. She also had a green thumb with a home full of beautiful plants. Arlene was a lifetime caregiver who loved to give and receive hugs. Arlene and Richard enjoyed traveling to Germany, England, Switzerland, the Hawaiian Islands, and took multiple trips to Alaska. During her years in Wadena, she was active in the First Congregational UCC including teaching Release Time and Sunday School, as pianist for devotions, and was a Stewardship, Board of Education, Women’s Fellowship, and circle member. She served on the funeral, Trustee, and Worship committees, on the prayer chain and as church Historian. Arlene was a life-member of the VFW Auxiliary where she served as a color bearer, musician, delivering meals, working the fish frys and selling poppies. She belonged to the American Legion, Hospital Auxiliary, Elks Does, started Women’s Softball, and was a Cub Scout den mother. Preceding Arlene in death were her husband, Dick, on October 25, 2010; her parents Ludwig and Minnie; brothers Robert (Mary) Utermarck, Richard (Lois) Utermarck and Donald Utermarck; sisters Loretta (Bernard) Philstrom, Luella (Elmer) Kingsley, Phyllis (Cleon) Erckenbrack, Evelyn (Clarence) Mann and Della Utermarck. Arlene will always be loved by her sons and daughter: Rick (Lynn) Grewe of Hackensack, Pam Sandberg of Biloxi, MS, and Ron Grewe of Perham; five grandchildren and five great-grandchildren; brother Gordon (Eleanor) Utermarck; along with beloved nieces and nephews. Honorary urn bearers will be Arlene’s grandchildren and great-grandchildren; and nieces and nephews. Burial will be in Wadena Cemetery, Wadena, MN.

The Celebration of Life memorial service for Arlene Grewe, of Frazee, and formerly of Wadena, will be held at 2:00 p.m. on Wednesday, June 27 at the First Congregational United Church of Christ in Wadena, with Pastor Jim Stoneman presiding.... View Obituary & Service Information

The family of Arlene Grewe created this Life Tributes page to make it easy to share your memories.

The Celebration of Life memorial service for Arlene Grewe, of...

Send flowers to the Grewe family.