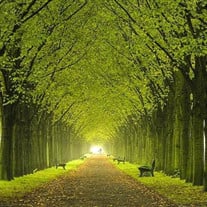 The graveside memorial service for Beatrice Mietzel of San Diego, CA and formerly of Wadena, will be held at 10:00 a.m. on Saturday, September 9, at the Calvary Cemetery in Wadena. Family and friends may gather at the cemetery from 9:30 a.m. until the time of the service. Bea passed away on December 9, 2016 in California. Beatrice Alexandria Mietzel was born to Elmer and Mamie (Browning) Hendricks March 2, 1921 in Park Rapids, MN. Growing up Bea loved swimming with her two brothers and two sisters in the lakes and rivers of Minnesota. After completing high school Bea was united in marriage with Kenneth Otto Mietzel on June 1, 1938 in Wadena, MN. They made their home in Wadena before moving to El Cajon, CA in 1952. Minnesota pulled at their heart strings and they traveled back to Wadena each year, staying with the Harold and Marion Olson family while visiting with various friends. After Kenneth died, Bea traveled back over the summers and stayed with Marion and friends. Bea met and married Anthony  Rousslang. Tony died in 1989 and Bea continued her annual trips and stayed with the Joe Rousslang family for several months each summer for 20 years. She also enjoyed hiking and camping at Itasca State Park, and traveling in a motor home throughout the western states and parks. Bea was a member of the TOPS Club, Covair Camping Club, and Foresters. Preceding Bea in death, in addition to her husbands, were her parents Elmer and Mamie; son David M. Mietzel; brothers Charles and Frank Hendricks; sisters Mildred (Tick) Hendricks and Darlene Nolan; and step-children Shirley Worden and Gary Rousslang. She is survived by her son James Mietzel of Dan Diego, CA; grandson James Jay Mietzel; granddaughter Marnie S Mietzel-Jackman; great-granddaughters Chloe Mietzel and Caitlin Mietzel; grandson Kaleb Mietzel-Jackman; and great-granddaughter Kayliana Mietzel-Jackman; step-children Joseph (Dianne) Rousslang, Gloriann (Robert) Toews Sr, Kathy (Steven) Richter Sr, David (Barbara) Rousslang, and Anthony (Mary) Rousslang Jr. Inurnment will be in the Calvary Cemetery, Wadena, MN.

The graveside memorial service for Beatrice Mietzel of San Diego, CA and formerly of Wadena, will be held at 10:00 a.m. on Saturday, September 9, at the Calvary Cemetery in Wadena. Family and friends may gather at the cemetery from 9:30 a.m.... View Obituary & Service Information

The family of Beatrice Mietzel created this Life Tributes page to make it easy to share your memories.

The graveside memorial service for Beatrice Mietzel of San Diego,...

Send flowers to the Mietzel family.