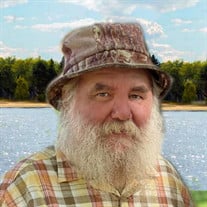 The funeral service David Templin of Hewitt will be held at 1:30 p.m. on Tuesday, June 1, at the New Life Church of God in Bertha, with Pastor Wayne Hoffert presiding. Visitation will held at the Domian-Anderson Chapel in Bertha on Monday from 5:00 p.m. until 8:00 p.m. and will resume at the church on Tuesday from noon until the time of the service. Surrounded by his family, David, age 68, passed away on May 26, 2021, at Sanford Health in Fargo, ND. David Eugene Templin was born one of six children to Eugene and Floria (Hasse) Templin on March 6, 1953, in Watertown, MN. He grew up in Mound, graduated from Maplewood Academy in Hutchinson and then moved to Hewitt with his family. David was united in marriage with Rose Marie Tichy on August 6, 1977 at the Assembly of God Church in Verndale. He became an environmental engineer who specialized in recycling and worked at Wadena Hide & Fur and Steve’s Auto & Recycling in Verndale. Over the years, David focused his energy on his family, faith and community. He was active as a cub scout leader when his boys were young, served as Master of Ceremonies for graduation bash events, and loved to help with Vacation Bible School. In the community he found joy as Santa, playing cards with fellow senior citizens, and serving on the Stowe Prairie Township Board. No one was a stranger when he made friends at local auction sales! David’s greatest joy was being with his family, especially his grandchildren. Preceding David in death were his parents, Eugene and Floria. David is survived by his devoted wife, Rose; children, Adam (Becky) Templin of Hewitt, Angela (Bill) Leehy of Bertha, and Aaron (Lindsey) Templin of Fargo; grandchildren Summer, Hunter, Zander, Carsen and Daxton; siblings Jeanette Espe, Lois Templin, Jim (Debbie) Templin, Diane (Larry) Ridley and Brenda Templin; along with numerous extended family members, friends and neighbors. Honorary pallbearers will be his grandchildren, along with David’s nephews and nieces. Serving as pallbearers will be Dylan Templin, Jackson Schwartz, Ryan Tichy, Donald Rokes, Jaime Templin, Amber Templin, Brent Kemper and Dave Peterson. Interment will be in Trinity Lutheran Cemetery, Hewitt, MN.

The funeral service David Templin of Hewitt will be held at 1:30 p.m. on Tuesday, June 1, at the New Life Church of God in Bertha, with Pastor Wayne Hoffert presiding. Visitation will held at the Domian-Anderson Chapel in Bertha on Monday... View Obituary & Service Information

The family of Dave Templin created this Life Tributes page to make it easy to share your memories.

The funeral service David Templin of Hewitt will be held at 1:30...

Send flowers to the Templin family.