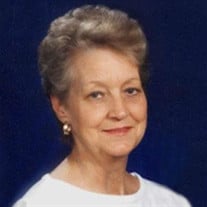 The Mass of the Christian Burial for Delores Bushinger of Wadena will be held at 11:00 a.m. on Thursday, January 2, 2020, at St. Ann’s Catholic Church, with Father Aaron Kuhn presiding. Visitation will be held on Wednesday at Schuller Family Funeral Homes Johnson-Schuller Chapel in Wadena from 4:00 until 7:00 p.m. with Parish Prayers at 5:00 p.m. and Christian Mothers Rosary at 6:00 p.m. Visitation will resume at the church on Thursday from 9:30 a.m. until the time of the service. Delores was born to Gerald and Elizabeth (Shoffner) Schiller on December 13, 1940 in Wadena, MN. She attended elementary and high school at Sebeka. Delores was united in marriage to Ernest Bushinger on March 14, 1957 at St. Hubert’s Catholic Church in Bluegrass. In the early years of their marriage, they resided in Sebeka and moved to Wadena in the early 1960’s. She assembled and sewed coats at the Ringer Plant in Staples; was a nurses aide at Shady Lane (now Fair Oaks Lodge) for several years; and worked at Knauf & Godfrey Chiropractic Clinic until her retirement. She enjoyed flowers, watching birds, tending to their feeders and was quite the Bingo champ at the Meadows! She loved spending time with her family and was an avid follower of her children’s and grandchildren’s sporting endeavors. Delores, age 79, passed away with family by her side on Friday, December 27, 2019, at The Meadows in Wadena, under the care of Knute Nelson Hospice. Delores was preceded in death by her husband Ernest on June 27, 2013; her parents Gerald and Elizabeth; and step-granddaughter Sara Ludovissie. Holding Delores forever in their hearts are her children, Bart (Janet) Bushinger of Champlin, Brad (Angie) Bushinger of Wadena, Chris (Julie) Bushinger of Wadena, Kathy (Jim) Sartell of St. Cloud, Jenny Rude of Wadena, Brenda (Nate) Bakken of Wadena, and Kimberly (Bob) Ludovissie of Wadena; 12 grandchildren and 5 great-grandchildren; and brother, Roger (Leona) Schiller. Honorary pallbearers will be Darren Bushinger, Dan Bushinger, Dean Rigsby, Mike Schiller, Steve Schiller, and Tracy Bushinger. Serving as active pallbearers will be Matt Sartell, Josh Kern, Jesse Kern, Jake Ludovissie, Charlie Bushinger, Robbie Ludovissie, and Nicholas Bushinger. Burial will be in Calvary Cemetery, Wadena, MN.

The Mass of the Christian Burial for Delores Bushinger of Wadena will be held at 11:00 a.m. on Thursday, January 2, 2020, at St. Ann&#8217;s Catholic Church, with Father Aaron Kuhn presiding. Visitation will be held on Wednesday at Schuller... View Obituary & Service Information

The family of Delores Bushinger created this Life Tributes page to make it easy to share your memories.

The Mass of the Christian Burial for Delores Bushinger of Wadena...

Send flowers to the Bushinger family.