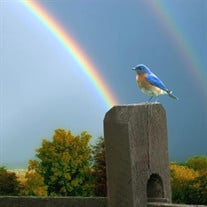 Duane Leo Schwartz, age 72, of Coon Rapids, passed away on March 6, 2022. Duane was born on November 11, 1949, to Leo and Dolores Schwartz in Wadena, MN. He spent his childhood on the family's dairy farm. During this time, he attended St. Ann's Parochial School and Wadena High School, graduating in 1967. Duane went on to graduate from Wadena Technical College with an Electronics Technician degree. Duane was drafted into the United States Army and served from 1970-1971 in the Vietnam War. Upon his return, Duane and a friend were on the prowl and happened upon a couple of hotties in vehicle distress. In true Duane fashion, they stopped to help the ladies out. From this chance meeting Duane and Margie would start their courtship. Duane was united in marriage to Marguerite "Margie" (Yaeger) Schwartz on June 28, 1974. If he were telling this story, Duane would say he started working, milking cows and doing other jobs around the farm as soon as he left the womb. In adulthood, he worked 22 years for Unisys as a computer analyst and 17 years for MGS Machine as a production supervisor, retiring in 2009. In addition, he and Margie have owned and managed a rental property for 47 years. Duane was an avid outdoorsman. He loved to fish and for many years, enjoyed a yearly Canadian fishing trip with his wife and father. Eventually, once they were old enough, daughter Heidi and son Nate would join along. They relished those trips with Dad and Grandpa. When a bigger boat was purchased, he planned one of these Canada trips with the entire family and Grandpa Leo. After the trip he stated, "that is never happening again," after too many lines were tangled in the kicker motor throughout the week. Daughter Kari would echo this sentiment, after never catching a fish that entire week. Hunting was even more of a passion for Duane. In his youth, he hunted pheasants with his dad when time permitted from working on the farm. This would grow to include hunting deer and other small game. He would eventually share this passion with his children, who all, at some point, shared the field with him. Pheasant hunting was his favorite and he spent many days every fall chasing them. In the mid-80's, he was asked by a co-worker to join a group on a hunting trip to Montana for whitetail, mule deer, and antelope. He loved it and was the only member of that group to continue that trip for the next 25 consecutive years. He would take his three children on this trip at least once and one of his nephews as well. All of these trips were fondly remembered by Duane and those who went with him. What he cherished most in all of this was time spent with family, hunting buddies, and the hunting dogs. There are so many great stories and some spectacular sunsets that will never be forgotten. In the neighborhood he was known as a "go to" guy, always willing to lend a helping hand, borrow you a tool, help you solve a problem, and fix or teach you how to fix said problem. Oftentimes, once he was done removing snow from his own driveway, he would continue on with the snowblower and clear the snow for several neighbors. He was once referred to by one of the widows in the neighborhood as "The Widows' Husband" as he was often there to help several of them in the neighborhood after their respective husbands had passed away. Preceded in death by parents, Leo and Dolores; infant sister, Mary. Survived by wife of 47 years, Margie; daughters, Heidi and Kari (Chris) Shotley; son, Nate (Debbie); grandchildren, Cole and Reese Shotley; sister, Esther (Alan) Freitag of Verndale; sister-in-law, Mary Yaeger; brother-in-law, Len (Lynn Eggers) Yaeger; nephews, Michael Yaeger (Jen Jochim), Matt Yaeger (Carmen Gretton), Chris (Kris) Freitag; niece, Karin (Scott) Duncan; many other relatives and friends. In lieu of flowers, memorial donations are preferred. Donations will be made in Duane's name to the Gary Sinise Foundation. Arrangements are with the Washburn-McReavy Funeral Chapel https://www.washburn-mcreavy.com/obituaries/Duane-Schwartz-4/#!/Obituary ~~~~~~~~~~~~~~ Visitation ~~~~~~~~~~~~~~~~~~ Monday, March 14, 4-8 p.m. Washburn-McReavy Funeral Chapel 1827 Coon Rapids Blvd., Coon Rapids. ~~~~~~~~~~~~~ Visitation ~~~~~~~~~~~~~~~~~~~~ MAR 15. 9:30 AM - 10:30 AM St. Stephen's Catholic Church (Anoka) 525 Jackson Street Anoka, MN 55303 ~~~~~~~~~~~~~ Mass of Christian Burial ~~~~~~~~~~~~ MAR 15. 10:30 AM - 11:30 AM St. Stephen's Catholic Church (Anoka) 525 Jackson Street Anoka, MN 55303 ~~~~~~~~~~ Graveside Service ~~~~~~~~~~~~~~~ MAR 15. 2:00 PM - 2:15 PM (CT) Fort Snelling National Cemetery 7601 34th Avenue South Minneapolis, MN 55450

Duane Leo Schwartz, age 72, of Coon Rapids, passed away on March 6, 2022. Duane was born on November 11, 1949, to Leo and Dolores Schwartz in Wadena, MN. He spent his childhood on the family's dairy farm. During this time, he attended St. Ann's... View Obituary & Service Information

The family of Duane Schwartz created this Life Tributes page to make it easy to share your memories.

Send flowers to the Schwartz family.