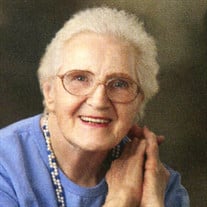 Note: The family has chosen a later date than previously listed. The Mass of Christian burial for EvaFern “Eva” Terry, of Sartell and formerly of Wadena, will be celebrated at 11:00 a.m. on Monday, October 5, at St. Ann’s Catholic Church in Wadena, with Father Aaron Kuhn as celebrant. Burial will be in Calvary Cemetery, Wadena, MN. A reception at the VFW in Wadena will follow the burial. Visitation will be held at the Johnson-Schuller Chapel in Wadena on Sunday, October 4, from 5:00 until 8:00 p.m. with Parish Prayers at 5:00 and Christian Mother’s rosary at 6:00 p.m.   Visitation will resume at the church on Monday from 9:30 a.m. until the time of the Mass.   EvaFern went home to be with her heavenly Father on Monday, September 21, 2020, at 8:56 a.m., at the St. Cloud Hospital.   EvaFern Mildred Sharp was born on August 25, 1932, to Floyd Austin Sharp and Esther Mary (Thomas) Sharp of rural Verndale, MN. Eva grew up on a farm with eight brothers and sisters, surrounded by her favorite animal, horses.  She attended Verndale schools until the tenth grade. She  moved to Minneapolis and worked as a waitress at Woolworths Department store until 1954 at which time she moved back home with her family.  In 1955, she welcomed her first daughter, Mary Lynn.  In August of that year she met the love of her life Wendell Terry.  They married September 24, and later, welcomed two more daughters, Theresa and Ellen.  Eva and Wendell moved to Wadena where they bought a home and raised their children. Eva enjoyed spending time with her family and friends. She played cards, danced, colored, and enjoyed putting puzzles together. She was a foster grandparent for over 15 years in Wadena.   Eva was a kind, giving Catholic women. If you had the privilege of knowing her it was obvious family was very important to her and she had a passion for giving, volunteering, faith and children. She welcomed a grandson, five granddaughters and nine great grandchildren. These children and grandchildren brought her great love and joy. Eva touched many lives in her 88 years on earth.   Eva is survived by her sister Virginia Rittari, Verndale MN;  brother Larry (Jean) Sharp, Duluth MN;  daughter Ellen Niska, St. Cloud; son-in-law Stan Kaste, Staples MN; grandchildren Craig (Steph) Kaste, Shakopee MN; Heather (Dale) Davis, Staples MN; Tiffany (Jamal) Sturrup, New Hope, MN; Jaclyn (Jeremy Murph) Niska, Saint Cloud MN, Danielle Niska, Saint Cloud MN; Micaela Niska, Saint Cloud MN; and great grandchildren Lily, Odin, Garrett, Grayson, Evan, Noah Kenzington, Kezadiah, and Konstance; along with many nieces, nephews, cousins and friends.   She was preceded in death by her husband Wendell; parents Floyd and Esther Sharp brothers: Bernard, Charles, and Walter; sisters: Beulah, Levlle and Dorthy; daughters Mary Terry and Theresa Kaste. Honorary pallbearers will be Garette Kaste, Odin Davis, Evan Sturrup, Grayson Kaste, Kezadiah Butler  and Noah Sturrup. Serving as pallbearers will be Gorden Sharp, Bill Wegscheid, Daniel Piepho, Raymond South, Rodney South and Ryan Frederick

Note: The family has chosen a later date than previously listed. The Mass of Christian burial for EvaFern &#8220;Eva&#8221; Terry, of Sartell and formerly of Wadena, will be celebrated at 11:00 a.m. on Monday, October 5, at St. Ann&#8217;s... View Obituary & Service Information

The family of Eva Terry created this Life Tributes page to make it easy to share your memories.

Note: The family has chosen a later date than previously listed.

Send flowers to the Terry family.