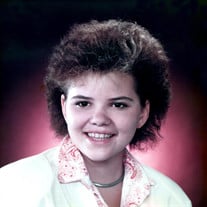 The public funeral service for Glenda Culbreath of rural Verndale, will be held at 2:00 p.m. on Thursday, April 8th, at the Wadena Alliance Church in Wadena, with Pastor Brian Malvig presiding. A public visitation will be held at the church on Thursday from 1:00 p.m. until the time of the service. Glenda Kay Fuller was born December 16, 1969 in Hennepin County, MN. She was the second born of a young unwed mother who chose unselfishly to give her a better life through adoption. Glen and Phyllis Fuller lovingly chose Glenda and brought her home to their rural Sebeka, MN farm in February of 1970.  Glenda grew up on the farm and attended Sebeka Public School, graduating in 1988. She moved with a friend to Boston, MA in 1989. Glenda moved back to Minnesota in early 1992 with her smiley son, Thomas Dale. She lived in St Cloud where she met James Culbreath and they were married in November of 1994. They moved to Alexandria where they were blessed with a daughter, Ashley Lorel. Glenda and her family moved around a bit before settling in the Wadena/Verndale area. Glenda worked many years in retail where she enjoyed the friendships she made and the interaction with her favorite customers. She also worked in a variety of capacities in area group homes, she enjoyed caring for the residents. She loved people and cherished spending time with friends and family. She had a heart for the underdog, made many friends and always offered her great smile! Glenda was fun-loving, a good listener, and loved her kids fiercely. Glenda had many health struggles but she was a fighter. She was diagnosed with diabetes in high school which led to more health issues later on. Glenda was no stranger to the healthcare system or ambulance rides. In her lifetime she had 3 kidney and 2 pancreas transplants which led to many years of anti-rejection medications. In October, just 6 short weeks after the passing of her mom, Glenda was diagnosed with brain cancer. She was determined to fight this and underwent surgery to remove a brain tumor. However the cancer treatments took their toll and Glenda passed quickly on April 2, 2021, in rural Verndale, under the gentle care of Knute Nelson Hospice. Glenda is survived by her children, Thomas Fuller of Wadena and Ashley Culbreath of Verndale; siblings Jeff (Nancy) Fuller of Brooklyn Center, Brian Fuller of Verndale, Pamela (Robert) Allebach of Menahga, Troy (Shelly) Fuller of Evansville, and Jillene (Tony) Piemonte of Detroit Lakes; former spouse James Culbreath; along with many nieces, nephews, friends and a large extended family. She is preceded in death by her parents, grandparents, and several extended family members.   Serving as pallbearers will be Jeff Fuller, Brian Fuller, Troy Fuller, Robert Allebach, Tony Piemonte and Greg Oakland.  Burial will be in Leaf River Cemetery, Wadena, MN.

The public funeral service for Glenda Culbreath of rural Verndale, will be held at 2:00 p.m. on Thursday, April 8th, at the Wadena Alliance Church in Wadena, with Pastor Brian Malvig presiding. A public visitation will be held at the church... View Obituary & Service Information

The family of Glenda Culbreath created this Life Tributes page to make it easy to share your memories.

The public funeral service for Glenda Culbreath of rural Verndale,...

Send flowers to the Culbreath family.