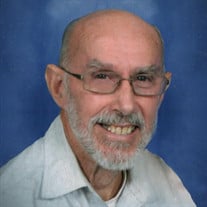 The funeral service for James “Jim” Collins, of Deer Creek will be held at 11:00 a.m. on Wednesday, October 20, at the New Life Church of God in Bertha with Pastor Jason Knoll presiding. Visitation will be held at the church on Wednesday, one hour prior to the time of the service. Jim, age 78, was called home on October 15, 2021, after a long battle with Alzheimer’s at his home near Deer Creek, MN. Compassionate care was provided by Knute Nelson Hospice and his loyal wife Sandi.   Jim was born to James Nicholas  and Jessie Opal (Bishop) Collins on August 27, 1943 in Albert Lea, MN. He attended school there and also in Freeborn.  Jim continued his education to achieve a degree in mechanics at Austin Technical College, eventually opening his own auto repair shop in Albert Lea where he worked alongside his sons Mike and Marc, with Marc eventually opening his own shop in the same location. Jim  later ran another repair shop in rural Hewitt. In addition, he owned and operated an expanding dairy farm with his wife Sandi and son Mike. Jim and Sandi enjoyed raising a variety of animals on their farm and always shared their love of caring for animals with grandkids and anyone that would stop by.  He passed his high level of integrity and hard work ethic on to his grandkids as they worked side by side with him on the farm. Jim was a big supporter of 4H and pretty much anything his kids and grandkids were involved in.   For a time, Jim was married to Betty DeRaad, and they later parted ways.  He was united in marriage with Sandra “Sandi” Ruth  (Schabow) Cerney on November 18, 1989, in Wadena, and they made their home in nearby  Hewitt.   Hours away from work found Jim enjoying his children, grandchildren, great-grandchildren and tending to his horses.  Family and friends knew Jim to be helpful, generous, hardworking, honest, and a mentor to everyone. He was a great, husband, father, grandfather, brother and friend, and above all else a faithful follower of Jesus Christ. Three words that described Jim: Faith, Family, Farm.    Preceding Jim in death were his parents, James and Jessie; brother-in-law, Larry McMartin; niece, Carrie Hildebrandt and nephew Ray Bohm.   Surviving Jim are his devoted wife, Sandi; children, Mike (Sarah) Collins of Deer Creek, Marc (Barb) Collins of Albert Lea, Brian (Pricilla) Cerney of Dayton, OH, and Bruce (Tamie) Cerney of Glenwood; grandchildren, Tyler (Megan) Cerney, Trevor (Janae) Cerney, Holly (Mac) Cerney, Tommy (Samantha Kirckof) Collins, Bobbi (Nate) Haller, Sydney Collins, Bryce Collins, Haley (Derek) Wiese, Missy (Jordan) Blank, Jesse Collins, Miranda Cerney and Meghan Cerney; and great-grandchildren, Gaius, Greyson, Emma, Lila, Tatum, Jarod, Keira, Alli, Harper, Nolan, Addison, and the newest one, Rylee Rose; siblings, Lorraine (Owen) Ferguson of Blooming Prairie, Joyce McMartin of Claremont, Imogene (Luther) Opdahl of Emmons, Gary (Marcene) Collins of Deer Creek, and Carol Hildebrandt of Alexandria; along with numerous special nieces and nephews.   Burial will be in Zion Cemetery, Bertha, MN.

The funeral service for James &#8220;Jim&#8221; Collins, of Deer Creek will be held at 11:00 a.m. on Wednesday, October 20, at the New Life Church of God in Bertha with Pastor Jason Knoll presiding. Visitation will be held at the church on... View Obituary & Service Information

The family of James Collins created this Life Tributes page to make it easy to share your memories.

The funeral service for James “Jim” Collins, of Deer Creek will...

Send flowers to the Collins family.