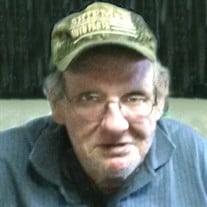 The memorial service for James Lange, Sr of Staples will be held at 3:00 p.m. on Friday, August 24, at the Johnson-Schuller Chapel in Wadena. Visitation will be held at the chapel one hour prior to the service. James "Jim" Henry Lange, SR. of Staples, MN died Monday, August 20th, 2018 at Fair Oaks Lodge in Wadena, MN from chronic health issues. Jim was born in Aitkin, MN on August 24th, 1945, to William "Bill" Joseph Lange and Helen "Dorothy" (Hasskamp) Lange. He attended school in Aitken, MN and Virginia State. After moving out east with family he joined the Navy for a short time and attended some college courses and moved back to Minnesota. Jim married Ann Huntley on September 12th, 1970 in Minneapolis MN. They had four children: William Joseph "Joe" Lange, Denise Renee (Lange) McFadzen, Dorothy Jean (Lange) Greiner and James Henry Lange, Jr. Jim, Ann, and family have lived in Minneapolis, Sebeka, Wadena, Pequot Lakes, Pine River, and Staples, MN. He worked a lot of odd jobs throughout the years including day labor, farm labor, truck driving, and volunteer driving. Jim loved fishing, taking pictures/photography, experimenting with cooking, playing on the computer, learning new electronic devices, riding motorcycle, traveling the US. He loved his pets, volunteer driving, and picking on friends and family. Jim didn't have much but would always try to help you anyway he could. He met a lot of people and friends along the way through his volunteer driving, which he loved. Jim is survived in death by his wife Ann Lange of Staples; children Joe (Jody) Lange of Perham, MN, Dorothy (Kory) Greiner of Bemidji, Mn and James Lange, Jr of St. Louis Park, MN; his son-in-law Mark McFadzen of Perham, MN; eleven grandchildren and one great-grandchild; brother "Joe" Lange of NM; and sisters Frieda Johnson of MT and Grace Pollack of MD. Jim was preceded in death by his parents, his daughter Denise McFadzen of Perham, brother Charlie Lange of NE and grandson Dalton McFadzen of Perham.

The memorial service for James Lange, Sr of Staples will be held at 3:00 p.m. on Friday, August 24, at the Johnson-Schuller Chapel in Wadena. Visitation will be held at the chapel one hour prior to the service. James "Jim" Henry Lange, SR.... View Obituary & Service Information

The family of James Lange Sr. created this Life Tributes page to make it easy to share your memories.

The memorial service for James Lange, Sr of Staples will be held...

Send flowers to the Lange family.