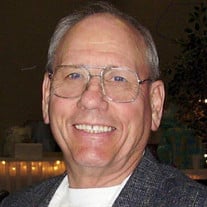 The Celebration of Life Memorial Service for John Lowell Bond of Bertha will be held at 11:00 a.m. on Monday, November 29, 2021 at the Schuller Family Funeral Homes & Cremation Service's Domian-Anderson Chapel in Bertha. Friends may call at the funeral home on Monday from 9:30 a.m. until the time of the service. John, age 86, passed away in the early morning of November 20, 2021, at his home at rural Bertha, MN with his wife and daughter by his side and under the gentle care of Hospice of St. Croix.    John was born to Glenn Sr. and Frances (Henderson) Bond on July 20, 1935, in Clay County, MO.   After completing high school at Cedar Falls, John started taking college classes. By August of 1953 he was a member of the US Marine Corp and served as a sargeant until his honorable discharge in 1956.  John was united in marriage with Freda Young. Children from this marriage are John R. (Laurie) Bond, Jeffery Bond, Cynthia (Kevin) Bonorden, and Christine Bond.   His talents were many and he worked various jobs over the years, including at G&J Plumbing with his brother Gene, Viking Pump, and as a pipefitter at John Deere before switching to working as an electrician for 30 years.  Since he was a jack-of-all-trades, he loved to help his family. Hours away from work he would fish, read, listen to records, work crossword puzzles, and was a Black Belt in American Kyokushin Karate, and helped build many garages.    He met Amy Crow Grant and they were later married on August 13, 1983, at the Little Brown Church in Nashua, IA. They loved to travel and in retirement they moved to Bertha in 2008 where their home was built. John is survived by his loving wife, Amy. Children from this marriage are: Julie (Don) Young, Keith (Michele) Grant, Kelly Grant and Nicole Bond; 20 grandchildren and 22 great-grandchildren; along with siblings, Janet (Daniel) Ruiz, Doris (Morris) Smith, Jerry (Edna) Bond, and Patricia (Cletis) Weitnauer. Preceding John in death were his parents, Glenn and Frances, and an infant granddaughter, Ashley Thrasher.   Honorary urn bearers will be Cree Grant, Koda Grant, Garret Grant, Kelly Grant and Keith Grant.   Military honors provided by the American Legion, William Larson Post #366, Bertha, MN.

The Celebration of Life Memorial Service for John Lowell Bond of Bertha will be held at 11:00 a.m. on Monday, November 29, 2021 at the Schuller Family Funeral Homes & Cremation Service's Domian-Anderson Chapel in Bertha. Friends may call at... View Obituary & Service Information

The family of John Bond created this Life Tributes page to make it easy to share your memories.

The Celebration of Life Memorial Service for John Lowell Bond...

Send flowers to the Bond family.