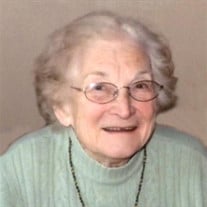 The funeral service for Kathryn Kapphahn of Bertha, will be held at 11:00 a.m. on Friday, December 8, at the New Life Church of God in Bertha, with Pastor Dave Seaton officiating. Visitation will be held on Thursday at the Domian-Anderson Chapel in Bertha from 4:00 until 7:00 p.m. and will resume at the church on Friday from 9:30 a.m. until the time of services. Kathryn, age 89, passed away on Thursday, November 30, 2017, following surgery at the St. Joseph’s Hospital in Brainerd, MN. She had been a resident at the Central Todd County Care Center in Clarissa for the past few years. Kathryn was born to Charles Albert and Grace Elnora (Johnston) Franklin on June 12, 1928, in Bertha, MN. She graduated from Bertha High School in 1946, as valedictorian. Kathryn was united in marriage with Douglas Eugene Kapphahn on June 5, 1947. The community will remember Kathryn as the dedicated cook and kitchen manager at “Kapp’s Kafé”, a gathering place for many locals in downtown Bertha for 28 years. She lived in the Bertha community for her entire life. She sang for years in a trio with Betty Ward and Mary Kassube serving the Church of God. In later years, Kathryn and Doug were members at the Faith United Church of Christ. She was also involved in the Legion Auxiliary. Kathryn loved animals and had a soft spot in her heart for her kitties. She was a very generous, thoughtful, and kind person. She worked very hard and was not one to complain. Her grandchildren dubbed her “Grandma French Fry”, as she would serve them many meals of burgers and fries. She loved spending time with family and friends and will be greatly missed by all. Preceding Kathryn in death were her parents Charles and Grace; sister, Ardath; brothers, Donald and Robert; brother-in-law, Arvid; son-in-law, Rick Hansen and great-grandson, Cooper. She is survived by her husband, Doug of Clarissa; children, Gene (Sandy) Kapphahn of Hewitt, Vicki (Wayne) Hansen of Browerville, and Candy (Jim) Hennagir of New York Mills; brother, Dale (Verdean) Franklin of Farmington; sister-in-law, Delores of Burnsville, 9 grandchildren, 23 great-grandchildren, 1 great-great grandson, along with a host of friends and family. Honorary Pallbearers will be all of Kathryn’s grandchildren. Active pallbearers will be Ray and Darlene Eiswald, Walter and Janell Packard, and Jerry and Irene Baron. Inurnment will be held at a later date in the Woodside Cemetery, Wrightstown, MN.

The funeral service for Kathryn Kapphahn of Bertha, will be held at 11:00 a.m. on Friday, December 8, at the New Life Church of God in Bertha, with Pastor Dave Seaton officiating. Visitation will be held on Thursday at the Domian-Anderson Chapel... View Obituary & Service Information

The family of Kathryn Kapphahn created this Life Tributes page to make it easy to share your memories.

The funeral service for Kathryn Kapphahn of Bertha, will be held...