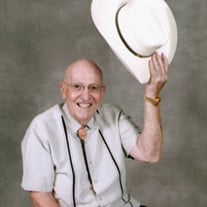 The Mass of Christian Burial for Lawrence Fix of Mesa, AZ, formerly of Wadena and Pelican Rapids, MN, will be celebrated at 11:00 AM on Monday, July 17, at the St. Ann’s Catholic Church in Wadena with Father Arlie Sowada as celebrant. Visitation will be held at the church on Monday from 9:30 a.m. until the time of Mass. Lawrence passed away July 3, 2017 at his home under the care of Hospice of Mesa. Lawrence was born on November 26, 1927 in Adrian, MN to Adam and Caroline (Haumesser) Fix.  Larry attended Adrian high school until the age of 17.  He then joined the Navy where he received his diploma.  He served on the U.S.S. Princeton out of Alameda, CA.  After leaving the Navy he received on the job training with Council Oaks, an Iowa based food chain.  He managed stores in Mitchell and Madison, SD until 1967 when he purchased the L.B. Hartz store in Wadena, MN.  He subsequently purchased stores placing Larry's Foods in Battle Lake, Bertha, Morris and Pelican Rapids. Larry married Rose Marie Lewis, his childhood sweetheart since first grade, May 22, 1950.  They had 6 children.  Rose passed away December 4, 1988.  He married Eunice (Hohertz) Pederson August 19, 1989 in Minneapolis, MN.  She passed away March 9, 2003.  Larry married Esther Ann (Keltesch) Rettig on September 23, 2004 at St. Leonard’s Catholic Church in Pelican Rapids, MN.  Larry was president of the Wadena Chamber of Commerce twice.  He belonged to the American Legion, Elks, Rotary and VFW.  Community members remember Larry as a founder of the Wadena Model Railroaders along with Father Hahn, Steve Widness and Bob Wilkening.  His love of trains led him to become a model train enthusiast, spending numerous hours working on his model train displays. He liked outdoor yard work and leather tooling. Larry’s greatest passion was anything western, including cowboy boots and hats. Many afternoons were consumed with watching western movies. Larry is survived by his wife, Esther, children, Cynthia (Phil) Stotesbery, Steven (Evelyn), David (Lorie), Gordon (Terri), Guy (Cindy), and Gail (Ron) Rosenthal; stepchildren, Sharon (Bob) Stritesky, Randy Rettig, Joy (Randy) Geyer; 15 grandchildren, 26 great-grandchildren and two on the way, 3 step grandchildren and 2 step great-grandchildren and one on the way; sister, Valeta Kapaun, sisters-in-law Caroline Lewis, Sue Lewis and Judy Hinze; brother-in-law Ed (Sharon) Hohertz, and many nieces and nephews.  Besides Rose and Eunice, Larry was preceded in death by his sister, Helen Balkenol. Larry will be entombed in the family mausoleum in Calvary Cemetery, Wadena, MN. Arrangements are with the Schuller Family Funeral Homes, Wadena, MN. (www.SchullerFamilyFH.com) and Mountain View Funeral Home, Apache Junction, AZ .

The Mass of Christian Burial for Lawrence Fix of Mesa, AZ, formerly of Wadena and Pelican Rapids, MN, will be celebrated at 11:00 AM on Monday, July 17, at the St. Ann&#8217;s Catholic Church in Wadena with Father Arlie Sowada as celebrant.... View Obituary & Service Information

The family of Lawrence "Larry" Fix created this Life Tributes page to make it easy to share your memories.

The Mass of Christian Burial for Lawrence Fix of Mesa, AZ, formerly...

Send flowers to the Fix family.