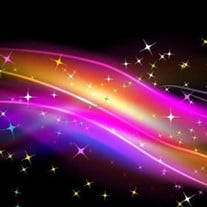 The family of Leonard Shelton, of Wadena, has chosen to have private services. Leonard, age 54, passed away on August 28 , 2020, at his home in Wadena, MN, with compassionate support provided by his family and Knute Nelson Hospice.   Leonard Ray Shelton was born to Marvin and Betty Lou (Whitson) Shelton on January 12, 1966, in Vincennes, ID. Older brothers include David (Tracy), Jerry and Carl . Younger brothers are Roy (Dana) and Danny (Lisa). Leonard and his siblings were raised by his maternal grandparents, Bud and May Whitson, who stepped in when the children needed their help. A sister, Lisa Grizzard, and brother Joey (Trish) Grizzard were added to his life with Betty when she came back into their lives a few years later. Leonard had several step-siblings from his parents’ remarrying. These siblings were always a “brother’ or “sister’ as he didn’t like to think of them as step or half siblings. They were family. Leonard remembered spending time on his grandfather’s knee as a young child. He is named after this grandfather, Frank Leonard Shelton, who was married to Willma (Fern).   Leonard led an interesting life and lived in several states including Indiana, Arkansas, Wisconsin, Georgia, Texas and Minnesota. He served in the US Army for a time. He had two biological children with his first wife, Juanita. Tammy was born in 1988 and Timmy was born in 1990. He also helped raise several of her children. Unfortunately, his children were adopted out at a young age so they didn’t see each other for many years. Leonard married Nikki and helped raise some of her children. He later married his third wife, Amber Shaw, in Minnesota. With this marriage he only had furry four-legged children to raise...lab cross dogs. He enjoyed researching his ancestry and meeting up with their descendants. Leonard had the opportunity to see and spend time with several of his grandkids (children of his biological and step-children), as well as several nieces and nephews.

The family of Leonard Shelton, of Wadena, has chosen to have private services. Leonard, age 54, passed away on August 28 , 2020, at his home in Wadena, MN, with compassionate support provided by his family and Knute Nelson Hospice.   Leonard... View Obituary & Service Information

The family of Leonard Shelton created this Life Tributes page to make it easy to share your memories.

The family of Leonard Shelton, of Wadena, has chosen to have...

Send flowers to the Shelton family.