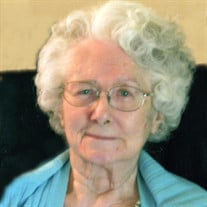 The funeral service MaryLu McClure of Parkers Prairie, will be held at 11:00 a.m. on Monday, January 20, at the United Methodist Church in Hewitt, with Pastor Ken Uhren presiding. Visitation will be held on Monday from 9:30 a.m. until the time of service. MaryLu, age 81, passed away on Tuesday, January 14, 2020, at the Knute Nelson Care Center in Alexandria, MN. MaryLu was born to Marion James and Luella Mae (Young) Kern on August 30, 1938, at the “Zosel farm” northwest of Wadena, MN, where her parents shared a house with another couple. In the spring of 1941, the Kerns moved to a farm in Ottertail Co (known as the “swamp place”).  In 1943, her parents rented a farm in Stowe Prairie Township. MaryLu’s sister, LoAnn, was born January 28, 1945. At this time, the family was living on a farm south of Aldrich where she went to school through the 8th grade. In March of 1949, her parents rented a different farm south of Aldrich; she went to the Staples High School for grades 9 and 10.  In October 1954, they bought the Young Farm west of Hewitt, where MaryLu’s mother was bom in 1916. MaryLu went to the Bertha School for grades 11 and 12. She completed high school and went on to Teachers Training in Staples, and taught in one of the last one- room school houses.  MaryLu was united in marriage with Lyndon George McClure on February 26, 1964 in Bloomington. They lived in Minneapolis until deciding to move back to the central Minnesota area to farm the land before retirement. MaryLu worked as a bookkeeper at the Verndale Co-Op where Lyndon was a manager.   MaryLu was involved in 4-H with her children, Wayne and Shari, and later used her passion for genealogy and history to serve others.  She was a founding member and director of the Verndale Historical Society, was the director of the Wadena County Historical Society, and helped organize the original Wadena Rendezvous events. In the forward of The Famous and Not So Famous Pages from History, MaryLu was regaled with the following quote: “she dedicated untold hours since 1974 to corresponding and assembling information and finally writing in book form, making the publication of these local history volumes possible.”    Preceding MaryLu in death were her parents and her grandson Tyler McClure. Survivors include her husband Lyndon of Alexandria, children Wayne (Robin) McClure of Deerwood and Shari (Dan) McClure-Klang of Alexandria, four grandchildren, three  step-grandchildren, ten great-grandchildren, and four step-great-grandchildren. She is also survived by her sister LoAnn (Charles) Ashbaugh of St. Louis Park and their children and  families. Honorary casket bearers are Brian Ashbaugh, Bryce Klang and Jeremy Sabinash. Casket bearers will be Charles Ashbaugh, Steven Ashbaugh, Derek McClure, Dan Klang, Jimmy Jevnager, Darrel Stange, and Derrick Allen. Burial will be in the Wadena Cemetery, Wadena, MN.

The funeral service MaryLu McClure of Parkers Prairie, will be held at 11:00 a.m. on Monday, January 20, at the United Methodist Church in Hewitt, with Pastor Ken Uhren presiding. Visitation will be held on Monday from 9:30 a.m. until the time... View Obituary & Service Information

The family of MaryLu McClure created this Life Tributes page to make it easy to share your memories.

The funeral service MaryLu McClure of Parkers Prairie, will be...

Send flowers to the McClure family.