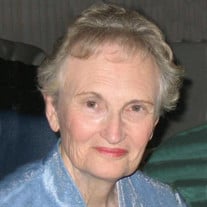 The funeral service for Muriel Towler, of Edina and formerly of Verndale, will be held at 3:00 p.m. on Saturday, June 5, at the United Methodist Church in Verndale, with Pastor Ken Uhren presiding. Visitation will be held at the church on Saturday one hour prior to the service. Muriel, age 85, passed away on May 31, 2021, at the Auburn Manor, Chaska, MN. Muriel Ann Dickinson Towler was born to Donald and Arloine (Beck) Dickinson on July 13, 1935 in Wadena, MN.  She grew up in Verndale MN.  “Murry” graduated from Verndale High School in 1953 as class valedictorian.  Upon graduation, she attended the University of Minnesota, receiving a Bachelor of Science degree in business education in 1957. Murry met the love of her life, Ralph Towler, when she was a freshman at the University of Minnesota.  They married in the Verndale Methodist Church on July 20, 1957, just one week after her 22nd birthday.  Murry and Ralph celebrated 63 years of marriage in the summer of 2020, living in Minneapolis, St. Louis Park, and Edina MN.  Their shared life held many fond memories of travels, and of family and friends. Murry had many friends, and she loved to socialize.  Birthday parties were her favorite, especially when they included her grandchildren, Daniel and Emily.  She loved music and enjoyed playing the piano.  Even though she had only taught for two years before becoming a mom, Murry loved those years and remembered them fondly with oft-told stories. Murry and Ralph had two daughters, Ann (b.1959) and Carolyn (b.1961).  Murry was so proud of her daughters and attended almost every event they were ever in, including many, many concerts.  In 1973, she and Ralph bought a cabin on Ten Mile Lake, and it became one of Murry’s favorite things to do…”go up to the Lake”.  Having played in the family cabin just down the road as a child, Murry truly felt that the cabin was home.  It was a place and time of special joy for her. Murry leaves behind her daughters, Ann (Gordon) Decker of Chaska, and Carolyn Towler (Darin Miller) of Bemidji; grandchildren, Daniel Decker of Edina and Emily Decker of Madison WI; and brother, Don (Janet) Dickinson of Le Sueur MN.  She was preceded in death by her husband Ralph on September 5, 2020; and her father and mother, Don and Arlie Dickinson. Burial will be in Green Lawn Cemetery, Verndale, MN.

The family of Muriel (Dickinson) Towler created this Life Tributes page to make it easy to share your memories.

The funeral service for Muriel Towler, of Edina and formerly...

Send flowers to the Towler family.