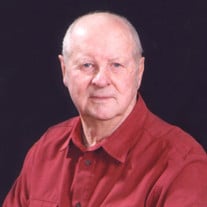 ** Due to the current COVID surge, the family supports the wearing of masks. ** The Mass of Christian Burial for Nestor Vorderbruggen of Battle Lake, and formerly of Wadena, will be celebrated at 11:00 a.m. on Friday, August 6, at Our Lady of the Lake Catholic Church in Battle Lake, with Father LeRoy Schik as celebrant. Visitation will be held on Thursday at the Johnson-Schuller Chapel in Wadena from 6:00 until 8:00 p.m, with a Knights of Columbus Rosary at 6:00 and Prayers at 7:00 p.m. Visitation will resume at the church on Friday from 9:30 a.m. until the time of the service. Just days before his 88th birthday, and with family by his side, Nestor passed away on August 1, 2021, at the Good Samaritan Nursing Home in Battle Lake, MN. Nestor Anthony Vorderbruggen was born on August 21 ,1933, to William and Marie (Weniger) Vorderbruggen outside of Wadena, MN. The middle child of nine, he was a curious, mischievous, innovative, hard working young boy; qualities which endeared him to many and served him well into his life. He grew up on a farm, drove a truck for the Bluffton Creamery, entered the service (England), and upon returning home began working in construction after gaining more experience while in the Army. Nestor was constantly exploring or experimenting with ways to improve upon something, and he was willing to take risks or keep trying until he found an answer. Even though he never completed the 9th grade, due to a hunting accident, he went on to become a successful building contractor, possessing the ability to solve complex engineering problems in his head, or design and build ingenious solutions to technical or mechanical problems. Most notable, however, was Nestor's strong devotion and love to Evelyn (Wegscheid), whom he married in May of 1957. Their many common interests and strong faith, along with decades of working together in their construction business, raising a family, tending a small farm, and traveling together forged a relationship that was profoundly deep and inspiring. Together they built their "dream home" on Otter Tail Lake and moved there in 1985. Nestor continued to do some construction management on outside projects for several years, but he and Evelyn also found joy in family, friends, church, and traveling to the mountains or to one of the southern states for a few months in the winters. Nestor loved Western movies and could sometimes be heard singing along with some of his favorite country western music artists. He was very encouraging and supportive of his children to get a good education - both beyond high school and through traveling, to be curious and creative, and to work hard. While he was an avid hunter and fisherman for much of his life; he was content to just watch and witness the beauty of nature and the wildlife they were surrounded by in his later years. And of course he, along with his "sweetheart" Evelyn, set a beautiful example of love and devotion - for each other and for God. Nestor is survived by his wife of over 64 years, Evelyn, and their children: Joan Vorderbruggen (Darryl Booker) of Battle Lake, MN and Alan (Wendy) Vorderbruggen of Duluth. MN; siblings, Monica Doll, Dorothy Rand, William (Pat) Vorderbruggen, Pat Schmith, Darlene (Bob) Cuddigan and Joe Vorderbruggen. and numerous nieces and nephews. He was preceded in death by his parents, William and Marie; siblings, Harold Vorderbruggen and Claude Vorderbruggen; brothers-in-law and sisters-in-law, Don Doll, Phyllis Vorderbruggen, Catherine Vorderbruggen, Roger Rand, Francis Schmith and Shareen Vorderbruggen. Burial will be in St. John the Baptist Catholic Cemetery, Bluffton, MN.

** Due to the current COVID surge, the family supports the wearing of masks. ** The Mass of Christian Burial for Nestor Vorderbruggen of Battle Lake, and formerly of Wadena, will be celebrated at 11:00 a.m. on Friday, August 6, at Our Lady... View Obituary & Service Information

The family of Nestor Vorderbruggen created this Life Tributes page to make it easy to share your memories.

** Due to the current COVID surge, the family supports the wearing...

Send flowers to the Vorderbruggen family.