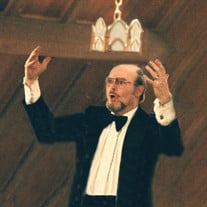 The celebration of life memorial service for Paul Richard Montan of Wadena will be held at 11:00 a.m. on Saturday, March 24, at the Immanuel Lutheran Church in Wadena with Pastors Nate Loer and Megan Clapp presiding. Friends may call at Schuller Family Funeral Home's Johnson-Schuller Chapel in Wadena on Friday from 5:00 until 7:00 p.m. and at the church on Saturday from 9:30 a.m. until the time of services. Paul a member of "The Greatest Generation" was welcomed home by his Savior, on March 10, 2018, surrounded by his family after a brief 20 day illness at Tri-County Healthcare, Wadena, MN. Paul was born August 23, 1922, in Ironwood, MI, and was adopted by Pastor Nels Oscar and Minnie Alice (Hallberg) Montan; thus began the many miracles that shaped his life. From his father he shared a love for religion and education, and his mother sparked his love of music. Paul graduated from Sherburn-Dunnell High School in Dunnell, MN, in 1940. He attended St. Olaf College for 2½ years where he sang for F. Melius Christianson in the concert choir. October 22, 1942, Paul enlisted in the military. With ROTC experience, he was offered officer training which he declined. This decision kept him out of the Battle of the Bulge; however, he served in the Guadalcanal, Bougainville, Leyte, and Cebu battles. With WWII over, Paul returned to St. Olaf College where he met Shirley Dahlquist. Within two days he decided she was the one for him. They were married June 28, 1947, in Roseau, MN, with his father officiating. While at St. Olaf, Paul joined The Honey Dreamers, a vocal group of five from St. Olaf. The newlyweds moved with the group to Chicago where they performed in night clubs, on the Ed Sullivan Show, recorded with Della Reece, and recorded the first Woody Woodpecker song, In 1952, Paul attended Concordia College in Moorhead to pursue a choral teaching degree. While there Paul sang for P.J. Christiansen in the Concordia Concert Choir. Upon graduation in 1953, Superintendent Ted Tofte from Wadena offered Paul a job that led to 33 years of teaching choral music. He was President of Minnesota Music Educators Association (MMEA) in 1968 and inducted into the MMEA Hall of Fame in February of 1989. In his 31 years of retirement Paul enjoyed golf, reading the Bible, arranging and directing music, singing, and his puppies, Mindy & Misty. Paul is preceded in death by parents, Nels Oscar and Alice Montan; father and mother-in-law, Carl and Agnes Dahlquist; son Steven Carl Montan; and brother-in-law Raymond (June) Dahlquist. Paul is survived by Shirley, beloved wife of almost 71 years; daughter Nancy (Jim) King; son Tim Montan; brothers-and sisters-in-law, Tom and Nancy Harris, Darrell and Judy Borgen, and Harry and Mary Peyerl; along with a host of neighbors, friends and grateful students. Burial will be held at a later date in the Hope Cemetery, Roseau, MN. Military honors will be provided by Elmer Goche Post 3922, Veterans of Foreign Wars, Wadena, MN.

The celebration of life memorial service for Paul Richard Montan of Wadena will be held at 11:00 a.m. on Saturday, March 24, at the Immanuel Lutheran Church in Wadena with Pastors Nate Loer and Megan Clapp presiding. Friends may call at Schuller... View Obituary & Service Information

The family of Paul Montan created this Life Tributes page to make it easy to share your memories.

The celebration of life memorial service for Paul Richard Montan...

Send flowers to the Montan family.