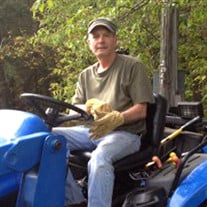 A Memorial Mass will be held at 11:00 a.m. on Tuesday, July 3, 2018 at Holy Spirit Catholic Church in St. Cloud for Paul T. Neitzke, age 67, of Sartell and formerly of Wadena, who passed away on Thursday, June 28, 2018 at his home in Sartell. Reverend Thomas Knoblach will officiate. Burial will take place at a later date. Visitation will take place one hour prior to services at the church on Tuesday. Paul was born on April 30, 1951 in Wadena, Minnesota to William and Beverly (Dailey) Neitzke. He married Deborah E. Weappa on December 3, 1977 at St. Ann’s Catholic Church in Wadena. Paul worked as a Pharmacist for Tri-County Hospital in Wadena for many years. He enjoyed farming, planting trees, live music, and spending time outdoors. Paul especially loved the time spent with his family. Paul is survived by his wife, Deb of Sartell; son, Aaron (Stacey Koehler) of Maple Grove; Deborah’s child and grandchildren, Jessica, Finnian, and Indigo; brothers and sisters, Susan (Robert) Westmark of Brooklyn Park, Judith (Ronald) Sundby of Verndale, David (Mary) Neitzke of Missouri City, TX, Mark (Katy) Neitzke of New Richmond, WI; and many nieces and nephews. He was preceded in death by his parents; and brother, Robert Neitzke. Arrangements have been entrusted to the Daniel Funeral Home, St. Cloud, MN. Comfort the family by sharing a memory of Paul at www.danielfuneralhome.com

The family of Paul Neitzke created this Life Tributes page to make it easy to share your memories.

Send flowers to the Neitzke family.