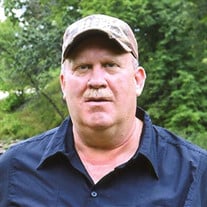 The Celebration of Life service for Perry Stafki of Long Prairie will be held at 11:00 a.m. on Thursday, July 6, at the Church of the Nazarene in Hewitt with Pastor Wayne Hoffert presiding. Visitation will be held at the church on Thursday from 9:30 a.m. until the time of service. Perry Matthew Stafki passed away July 2, 2017, at the age of 56 years, after a valiant battle with cancer. Perry was born to Paul & June (Gackstetter) Stafki on December 16,1960. He was the fourth of nine children to Paul & June. Their childhood was filled with crazy antics and constant unimaginable fun, like rolling down hills in padded 50 gallon barrels, being pulled behind the snowmobile on the dismantled hood of an old pickup and walking on stilts and unicycling. Perry was extremely proficient at both. Perry graduated from Deer Creek High School with the class of 1979. He headed to the twin cities and worked in the cement business laboring for his father for several years. He later moved back to central and northern Minnesota and began his career as a professional truck driver. During those many years of trucking he drove for Coca Cola, Hunke's Transfer, Pine Breeze Farms, and finally Central Bi out of Long Prairie, where he was trucking until his illness in April 2016. Perry stretched his terminal cancer diagnosis from one month to 14 incredible months - against all odds and to the amazement of all who knew him. That time was spent making lasting memories with him. Perry's hobbies included: fishing, most often with his brothers Pat & Paul, deer hunting, spending time with his friends, siblings and their families, watching NASCAR and sports or just cruising around in his shiny black Ford pickup. The family often joked that his truck "was his baby" and he kept it so meticulously clean you could eat off the floor of it! Perry is survived by his brothers: Paul of Lake George MN, Pat (Shona) of Deer Creek MN, sisters: Lori Alan of Rossville, GA, Joleen (Roger) Porter of Saint Stephen, MN, Bonnie Kingsley of Wadena, MN, Angi Hansen (Lyle) of Valley City, ND, Cami (Neal) Apfelbeck of Poulsbo, WA, and Becky (Larry) Shultz of Deer Creek, MN: and many nieces & nephews. Perry is preceded in death by his parents Paul in February 1994 and June in November 2015.

The Celebration of Life service for Perry Stafki of Long Prairie will be held at 11:00 a.m. on Thursday, July 6, at the Church of the Nazarene in Hewitt with Pastor Wayne Hoffert presiding. Visitation will be held at the church on Thursday from... View Obituary & Service Information

The family of Perry Stafki created this Life Tributes page to make it easy to share your memories.

The Celebration of Life service for Perry Stafki of Long Prairie...

Send flowers to the Stafki family.