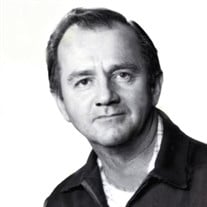 The funeral service for Peter Siltala, of Sebeka, will be held at 11:00 a.m. on Sunday, September 9, at the Laestadian Lutheran Church of Menahga, with Pastor Ronald Honga presiding. Visitation will be held at the church on Sunday from 9:30 a.m. until the time of the service. Peter, known to many as Pappa, passed away at the age of 86, at his home on Sunday, September 2, 2018, surrounded by family and friends. Pappa’s final days were tended with the loving care of his family, and guidance from Hospice of the Red River Valley. Arne “Peter” Jacob Siltala was born to Emil Jacob and Alexandra “Sandra” (Pajari) Siltala on May 29, 1932, in Paddock Township near Sebeka, MN. Peter was united in marriage with Dagmar Hilda Nevala on April 21, 1956, at the Alajoki parsonage. Peter farmed the original Siltala homestead. He was locally employed as a skillful carpenter, bus driver for the Menahga Public School, and later in life as a Senior Companion. He loved and enjoyed the outdoors, especially trapping, fishing, gardening, and fieldwork with his father. Pappa repaired watches and clocks in his spare time. His family was blessed by his love of music along with his lessons of the Finnish language and culture. Stories of days spent at the country school house were a joy for him to share and a pleasure for the family to hear. Preceding Peter in death were his parents Emil and Alexandra; son Paul (Paavo) Siltala; grandsons Daniel and Michael Schwab; brothers Arnold and Ervin Siltala; sisters Hazel Wikman, Agnes Johnson, Ellen Mae Niskanen and Francelia Hillukka. Peter will remain in the hearts of his dedicated wife, Dagmar; children, Sandra (Erkki) Tokola, Eva Siltala, Peter (Heidi) Siltala, Sarah (Gary) Schwab, Maija (Mike) Kallinen, Martha (Ernest) Huhta, Joseph Siltala, Rebecca Shahin, Rachael Wattenhofer, Hannah (Thomas) Halonen and Mark Siltala; 76 grandchildren and 76 great-great-grandchildren; sister, Inez (Karl) Seppala; sister-in-law Mildred Siltala; and brother-in-law Stanley Niskanen. Casket bearers will be Mark Siltala, Jake Siltala, David Schwab, Tait Siltala, Nathan Huhta, Shaheen Shahin and William Halonen. Honorary casket bearers will be all of Peter’s children, grandchildren and great-grandchildren. Burial will be in Grace Cemetery, rural Sebeka, MN.

The funeral service for Peter Siltala, of Sebeka, will be held at 11:00 a.m. on Sunday, September 9, at the Laestadian Lutheran Church of Menahga, with Pastor Ronald Honga presiding. Visitation will be held at the church on Sunday from 9:30... View Obituary & Service Information

The family of Peter Siltala created this Life Tributes page to make it easy to share your memories.

The funeral service for Peter Siltala, of Sebeka, will be held...

Send flowers to the Siltala family.