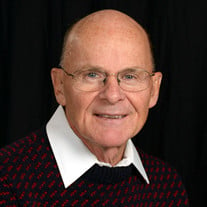 The Celebration of Life memorial service for Richard Simmons of rural Wadena will be held at 11:00 a.m. on Saturday, July 7, at the First Congregational United Church of Christ in Wadena, with Pastor Jim Stoneman presiding.  Visitation with the family will be held at the church on Saturday from 9:30 a.m. until the time of the service.      Unexpectedly, Richard passed away at the age of 76, on Sunday, July 1, 2018, at the St. Cloud Hospital.      Richard was born to Richard Woodrow and Geneva Jennie (Matson) Simmons on December 13, 1941, at Minot, ND. The family lived in Norwich, ND until Richard was 10 years old, when they moved to their Minnesota farm. Richard graduated from Bertha-Hewitt high school in 1961 then headed north to Alaska. He was in Trutch, Canada on the Alaska Highway in 1964 when the 9.2 magnitude Good Friday Great Alaskan Earthquake hit. The next 40 years were spent raising a family in Anchorage and pursuing a career in the welding and fabrication trade. He was an expert in his craft and was a welding instructor for the Alaska Welding Institute. He worked on the Trans Alaska Pipeline in Valdez and Prudhoe Bay from the 1970's until he retired and moved back to Wadena, MN.      Richard was united in marriage with Melba Louise Wittmayer Fischer on November 13, 2010, at the First Congregational UCC in Wadena. They made their home south of Wadena. Richard enjoyed and respected nature, especially when hunting, fishing, planting trees or just puttering in the yard and garden.  He was a member of Ducks Unlimited, the Alaska Mended Heart Association, and was a founding member of the Alaska Moose Federation. Richard was an active member of the First Congregational UCC and served with the Worship Ministry.      Preceding Richard in death were his parents, Richard and Jennie and sister, Joyce Sayers.      He will forever be missed by his devoted wife, Melba, of Wadena;  his daughters, Tammy King and Stephanie Bergstrom, both of Anchorage, AK, and Sandee (Marvin) Hanan of Renton, WA; step-son Steven (Brenda) Fischer of Wadena; step-daughter Angela (Scott) Lambert of Becker; 13 grandchildren and 2 great-grandchildren; sisters, Janet Andrews of Federal Way, WA, Wanda Wood of Molalla, OR and Sherry (Steve) Hartung of Anchorage, AK; brother Wayne (Joyce) Simmons of Palmer, AK; along with a host of neighbors and friends.      Honorary urn bearers will be Wayne Simmons, Steve Hartung, Shannon Simmons, Jim Simmons, Jeremiah Simmons, Rich Brostrom and Bob Brostrom.

The Celebration of Life memorial service for Richard Simmons of rural Wadena will be held at 11:00 a.m. on Saturday, July 7, at the First Congregational United Church of Christ in Wadena, with Pastor Jim Stoneman presiding.  Visitation with... View Obituary & Service Information

The family of Richard Simmons created this Life Tributes page to make it easy to share your memories.

The Celebration of Life memorial service for Richard Simmons...

Send flowers to the Simmons family.