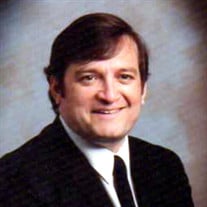 The memorial service celebrating the life of Robert Bell of Minneapolis will be held at 11:00 a.m. on Friday, November 19, at the Schuller Family Funeral Homes & Cremation Services’ Verndale Chapel, with Father Lauren Germann presiding.   Visitation will be held at the Verndale Chapel on Friday, from 9:30 a.m. until the time of the service. Robert, age 64, passed away on November 11, 2021, in Minneapolis, MN.   Robert was born to Eugene and Pauline (Champagne) Bell on April 27, 1957, at St. Barnabas Hospital in Minneapolis, MN. Growing up he attended Minneapolis & Verndale Public Schools, eventually achieving a GED, and later a truck drivers CDL license.  His employment was varied and included bar owner, retired Metro Transit Bus driver, limo service, and stagehand. As an avid Elvis fan, Bob felt most fulfilled when entertaining an audience with his musical routine. He enjoyed everything that was musical!   Robert was preceded in death by his father Eugene; and brother, Roland Bell.  Robert is survived by his mother, Pauline Lease of Verndale; and siblings Richard Bell and Raymond (Teresa) Bell; along with several extended family members.   Burial was held earlier in St. Hubert’s Catholic Cemetery, Bluegrass, MN.    In lieu of flowers memorials are preferred.

The family of Robert Bell created this Life Tributes page to make it easy to share your memories.

The memorial service celebrating the life of Robert Bell of Minneapolis...

Send flowers to the Bell family.