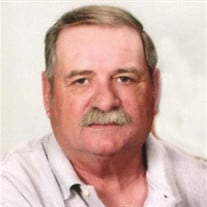 The Celebration of Life Open House for Robert Neuerburg, of rural Verndale will be held from 1:00 until 4:00 p.m. on Saturday, November 24, at the Elmer Goche VFW Post #3922, in Wadena. With family at his side, Robert, age 70, passed away on Tuesday, October 23, 2018, at the hospital in St. Cloud, MN. Robert was one of eight children born to Leo Edwin and Dorothy Jane (Denny) Neuerburg on April 30, 1948, in Wadena, MN. He attended St. Ann’s Parochial School and graduated from Wadena High School. Robert served in the US Navy during the Vietnam War, from February 21, 1968 until his honorable discharge on November 26, 1969. Robert was united in marriage with Marilyn Marie Callahan on February 13, 1971, at St. Frederick’s Catholic Church in Verndale. Over the years Robert worked as a carpenter, and part-time as a bartender at the River Inn in Aldrich and Verndale Liquor Store. Robert was a lifetime member of the Wadena VFW.  The community will remember him as a volunteer fireman for over 23 years, former Mayor of Verndale, and a member of the Planning and Zoning Committee. His hours away from work included hunting, fishing, and an using his expertise in woodworking. Most of all, Robert loved being with his family, especially his grandkids. Preceding Robert in death were his parents Leo and Dorothy; father and mother-in-law Emmet and Dorothy Callahan; brothers-in-law Dan Lorentz, Paul Reynolds, Mike Waltz, Doug Ludovissie and Bryan Callahan; and nephew Chad Lee. Robert is survived by his devoted wife Marilyn of 47 years; sons Jason (Gayle) Neuerburg of St. Cloud and Nathan Neuerburg of Verndale ; grandchildren Zachary Neuerburg, Audrey Neuerburg Chapman and Karsten Neuerburg; siblings Jim (Sharon) Neuerburg, Glenda (Ray) Uselman, Kathy (Mike) Kust, Pat Lorentz, Barb (Dave) Rousslang, Mark (Patty) Neuerburg, and Jerry (Lori) Neuerburg; brother and sisters-in-law Mark (Joni) Callahan, Sharon Ludovissie and Shirley Callahan; along with a host of friends and neighbors.

The Celebration of Life Open House for Robert Neuerburg, of rural Verndale will be held from 1:00 until 4:00 p.m. on Saturday, November 24, at the Elmer Goche VFW Post #3922, in Wadena. With family at his side, Robert, age 70, passed away on... View Obituary & Service Information

The family of Robert Neuerburg created this Life Tributes page to make it easy to share your memories.

The Celebration of Life Open House for Robert Neuerburg, of rural...