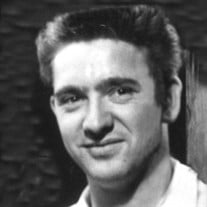 The Celebration of Life service for Wayne Bounds, of rural Verndale, will be held at 2:00 p.m. on Saturday, August 12 at the Schuller Family Funeral Homes’ Verndale Chapel with Pastor Tony Stanley presiding. Visitation will be held at the Verndale Chapel on Saturday from 12:30 p.m. until the time of service. Wayne passed away unexpectedly at the age of 79, on Tuesday, August 8, 2017 in the home he built for himself in rural Verndale, MN. Wayne was born to Claude and Florence (Thompson) Bounds on April 1, 1938, in Poplar Township, Cass County, MN. He attended school at nearby Verndale. As an adult, he was very proud of his work for many years at a bakery in California. Wayne returned home for semi-retirement and worked part-time at a nearby sawmill, where he did excellent work for his neighbor and friend, Roger Westerberg. Wayne’s love of cars started early. He remembered driving to town in his own model “A”, to get feed, when he was 12 years old. He was never comfortable with less than three or four vehicles around him. After his battle with cancer, he built sheds so the cars would not have to be outside. Besides his cars, Wayne loved feeding the wildlife; squirrels, cranes, deer, turkeys, and even bear munched on his corn as close as his windowsill! Wayne was preceded in death by his parents Claude and Florence; brothers Darold and Willys Bounds; brother-in-law Valerian Kern; sister-in-law Joanie Bounds; and his grandparents. Wayne will be remembered by his brother Jerome Bounds of Verndale; sisters LaVonne Kern of Verndale, Claudette (Gene) Greenwaldt of Hewitt and Roberta (Larry) Sahr of Coon Rapids; along with nieces, nephews, friends and neighbors. Honorary pallbearers will be Wayne’s nieces and nephews. Serving as pallbearers will be Roger Westerberg, Rodney Bounds, Jason Sahr, Angela Gaffke, Nathan Umland and Joel Walsvik. Burial will be in West Lyons Cemetery, Lyons Township, Wadena County, MN.

The Celebration of Life service for Wayne Bounds, of rural Verndale, will be held at 2:00 p.m. on Saturday, August 12 at the Schuller Family Funeral Homes&#8217; Verndale Chapel with Pastor Tony Stanley presiding. Visitation will be held at... View Obituary & Service Information

The family of Wayne Bounds created this Life Tributes page to make it easy to share your memories.

The Celebration of Life service for Wayne Bounds, of rural Verndale,...

Send flowers to the Bounds family.