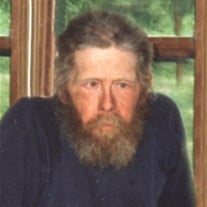 The funeral service Wayne Meyer, of Verndale, will be held at 2:30 p.m. on Friday, March 8th at the Schuller Family Funeral Homes & Cremation Services’ Verndale Chapel. Visitation will be held at the Verndale Chapel on Friday from 1:00 p.m. until the time of the service. Wayne Sherman Meyer, age 77, died peacefully on Tuesday, February 26, 2019, at his residence at the Village Green Apartments in Verndale, MN. Wayne was born to Emmet and Edith (Vange) Meyer on July 1, 1941, and was raised on the family farm in Ogema, MN. He attended country school through the eighth grade and graduated from Waubun High School in 1959. Wayne served in the US Army for several years. After his active duty he worked in St. Paul at Paper Calmenson & Co. By 1971, Wayne moved to Verndale with his sister and brother-in-law to help on their farm. Wayne was a hard-working man and was handy in the shop repairing farm machinery and tractors. He was a Verndale resident for 47 years. Wayne was preceded in death by his parents, Emmet and Edith; sister Darlene (Gill) Luptak; and sister-in-law Ingrid Meyer. Surviving Wayne are his brother Leroy Meyer of Renton, WA; sister Lorraine (Ray) Ismil of Verndale; along with nieces, nephews and several other relatives. Casket bearers will be Daniel Ismil, Robert Ismil, Ryan Ismil, Caleb Ismil, Jacob Ismil and Marcos Gomez. Military honors will be provided by the Elmer Goche Post 3922, Veterans of Foreign Wars, Wadena, MN. Burial will be in Green Lawn Cemetery, Verndale, MN.

The family of Wayne Meyer created this Life Tributes page to make it easy to share your memories.

The funeral service Wayne Meyer, of Verndale, will be held at...

Send flowers to the Meyer family.