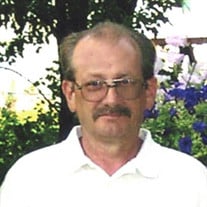 A private funeral service for William “Bill” Schmith of rural Sebeka will be held with Pastor Jim Stoneman presiding. The public visitation for family and friends will be held on Tuesday, February 2, at the Johnson-Schuller Chapel in Wadena from 4:00 until 7:00 p.m. A time of prayer and sharing will begin at 6:30 p.m. God whispered in Bill’s ear that he had fought and suffered through a long enough battle against kidney cancer! Angels guided Bill from his earthly home and family to Heaven above on January 27, 2021. Bill was born to Sylvester ‘Bud’ and Marian (Schloeder) Schmith on August 15, 1953 at Wesley Hospital, Wadena, MN. Bill attended St. Ann’s Catholic School and graduated from Wadena High School in 1971. Bill was an active member of DECA; Distributive Education Clubs Of America; during his junior and senior high school years. Through the programming, Bill worked each afternoon being mentored by Ronald Babcock at LaMay Auto Parts in Wadena. Bill attended Wadena Technical Institute and graduated as a Parts Technician. His outstanding ability and knowledge of the operation of cars, trucks, tractors and farm machinery led him to build his own repair business, Bill’s Service and Supply; located on County Road 9 in Rockwood Township, Sebeka. On June 15, 1974, he was united in marriage to Rosalie LaVerne Milbradt of Sebeka at St. John Lutheran Church, Wadena. Bill was a member of Grace Lutheran Church of Sebeka. He served on the church council and faithfully attended endless meetings during times of need. Bill loved raising his three children in the country near the opportunity to continually watch wildlife. The family never knew when there would be turkeys, deer, skunks, and raccoons in the back yard or brown and black bear crossing in the field with their cubs. Bill loved deer hunting with bow and rifle and also invited friends and relatives to enjoy the season on our land. He also enjoyed raising pheasants through the Sportsman Club, with his sons, which were released back into the wild in our area. Bill loved that his shop was just a short walk away from the house and he could help customers that stopped at any time. Bill’s expertise, honesty, kindness and concern for his customers were overwhelming forces that led him to expand his business. Bill was elated when he added two vehicle lifts and a large parts room to provide more efficient service to the community. The “Littlest Customers” that stopped by would never forget where Bill’s ‘Treat Drawer’ was located in the shop. Bill was intensely dedicated to his business but he loved spending summers camping at Vagabond Village on Potato Lake north of Park Rapids. It gave him time to relax and tell ‘Big’ stories and he soon became known as ‘Wild Bill’ by camping friends! The granddaughters enjoyed fishing with ‘Papa’ so he would put the worms on their hooks! Golf cart rides around the yard and through the woods to the pond was a highlight for his precious little grands. Bill had a generous heart of gold and his love and kindness will be missed by his family, friends and customers. His loss leaves a hole in our hearts and in our community. Bill is safely home in Heaven where there is no pain and he has eternal peace that he has so deeply earned. Surviving are Bill’s wife, Rosalie; sons, Travis and Brandon; daughter, Brook; seven granddaughters; and siblings: Nancy (Charles) Lee of Paris, IL; Rebecca (Steven) Shunk of Virginia Beach, VA; and Michele (Johnny) Lang of Las Cruces, NM. Bill was preceded in death by his father, mother, sisters Susan Blaseck and Pat Schoneman; brother, Timothy; nieces, Kristine Johnson and Kelly Norris. Honorary pallbearers are Bill’s seven granddaughters; Amanda, Merissa and Kassandra Schmith, Emerson Reichensperger, Reese, Wren and Dagny Weber. Pallbearers: Travis and Brandon Schmith, Paul Hewitt, Michele Lang, Bo Hoefs, John Mantyla, Michael Grewing and Herb McCormick. Inurnment will be held at Zion North Germany Cemetery, Wadena County, MN.

A private funeral service for William &#8220;Bill&#8221; Schmith of rural Sebeka will be held with Pastor Jim Stoneman presiding. The public visitation for family and friends will be held on Tuesday, February 2, at the Johnson-Schuller Chapel... View Obituary & Service Information

The family of William "Bill" Schmith created this Life Tributes page to make it easy to share your memories.

A private funeral service for William “Bill” Schmith of rural...

Send flowers to the Schmith family.